Today we were very excited to print Henry Segerman's stunning Developing Dragon Curve model. Henry sent us the file for the model so we could print a small test run of it before attempting to print a supersize model on our large printer (more on that tomorrow). It's a Level 11 and it looks amazing! I brought this print to the NYC Inside 3D Printing Conference to give to Joe Scott from Afnia to thank him for inviting me to speak on a panel at that conference. Thank you, Joe! 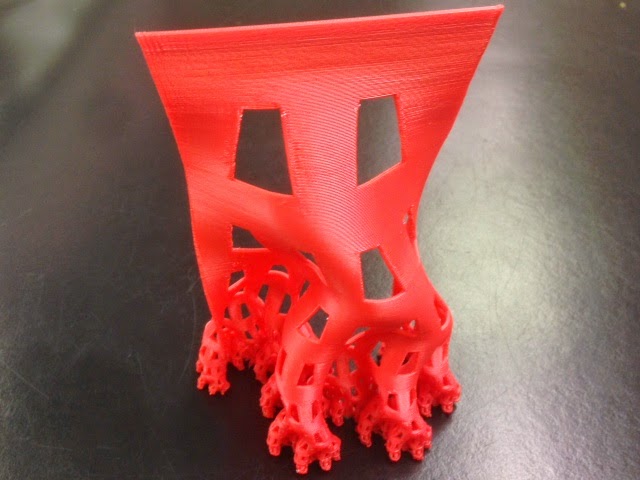 Link to Shapeways: Henry has made this fantastic model available on Shapeways at http://www.shapeways.com/model/600153/developing-dragon-curve.html.

Settings: .3mm default fast on an Afinia H-Series, with raft and support.

Technical notes, support flavor: The supports were minimal because of the shape of the model; even the "windows" had very little support, and that support was needed only for the tops of the windows and fell outside of the holes because of how the model curves. Here is a picture of the model with supports still intact, hot off the press: 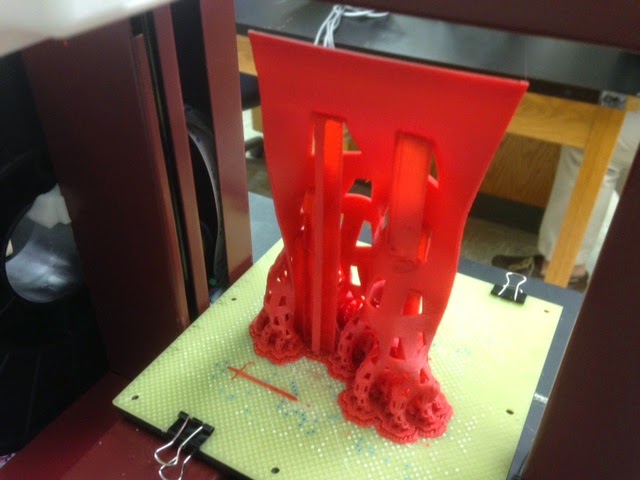 Technical notes, clean-up flavor: The matte color of the Afinia's ABS plastic filament is fantastic, but small white marks get left in the locations from which rafts and supports were removed. To get rid of these white marks just apply heat; we do this with a Nicole Heat Embossing Gun and it works in just a couple of seconds.

Technical notes, math flavor: Below are two in-depth sources for more information on the mathematics behind the shape and construction of this beautiful model.