Today we did not print an umbilic torus.  But we did print a triangular-cross-section mobius strip, which is very close. In yesterday's post we wished for a way to remesh Mathematica output, and it turns out that at least for this kind of object, kitwallace had already posted a way to make seamless mobius bands with OpenSCAD on his blog The Wallace Line. And even better, kitwallace's code allows for different numbers of sides, which makes for some beautiful objects. This one is posing in such a way to mimic the iconic umbilic torus that graces the covers of Larson's calculus textbooks: 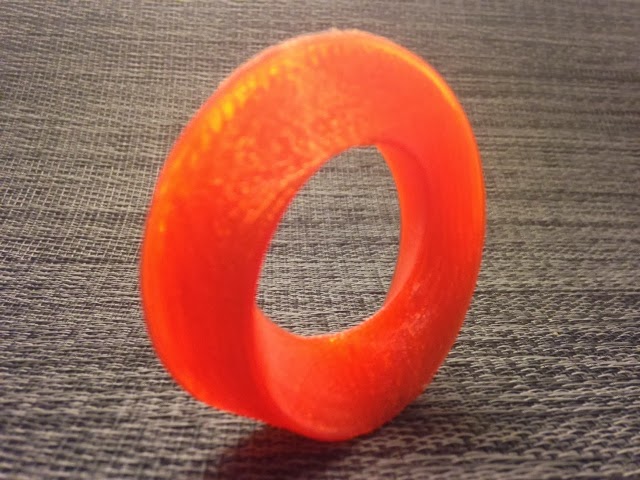 UPDATE 2/20/2014: I got to see Helaman Ferguson's beautiful umbilic torus sculpture in person at the MAA Carriage house in DC today! You can even touch it, and feel the Peano curve (see Day 61) carved into its surface. It's beautiful. 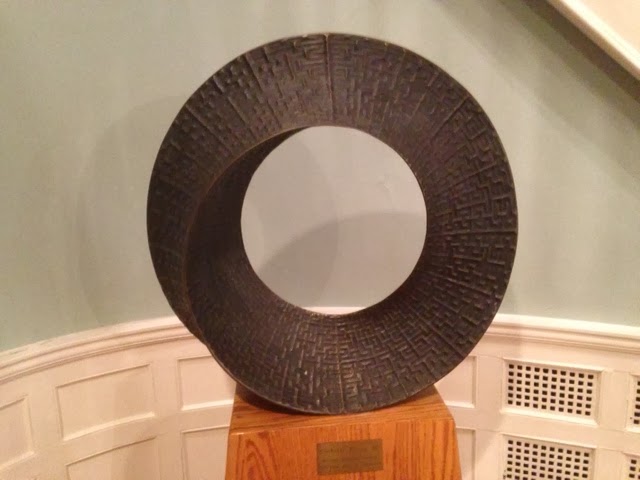 You can much read more about this beautiful art piece as well as a much larger version of the piece at Ivars Peterson's Mathematical Tourist blog.
Posted by mathgrrl at 7:36 PM No comments: